On July 2, 1937, Aviatrix Amelia Earhart and her navigator Fred Noonan disappeared while trying to fly around the world. That morning there were several radio transmissions to the USCGC Itasca. For reasons that aren’t entirely clear, communications between the two was incomplete, with both the Itasca and a ground station at Earhart’s intended destination Howland Island missing or unable to get a clear copy of several transmissions.

In any event, on some time that morning the plane apparently ran out of fuel and crashed… somewhere. Where is not known although in the 80 years since there has been speculation, some wild, some fairly rational, about where the two crew members ended up and what their fate was.

Some of the theories defy both logic and what little is known about the final hours of the flight. Among them are theories about landing sites far beyond the range of the aircraft. Others involve capture by the Japanese that were occupying some Pacific islands in the years before the official start of World War II.

No matter what the theory, the one thing that is known is that after the morning of July 2, 1937 no trace of the plane or the crew has ever been found.

Which doesn’t stop people from trying to figure out the mystery. Every 3 or 4 years, there is another theory and another person or group claiming to have found the plane, or the crew, or something to prove what happened.

This time it’s a blurry photograph purporting to show Earhart, Noonan, as well as the wreckage of the plane underneath a tarp on a barge. This picture was found in some old misplaced records related to World War II.

The current expedition also includes “Bone Sniffing Dogs”, because we know that DNA is persistent. At least according to the experts. 80 years later, the bones are long gone, but a tree under which the bones MIGHT have rested at one time, are still supposed to contain enough DNA for the dogs to find traces.

Four bone-sniffing dogs that were brought to the remote Pacific island of Nikumaroro to search for traces of Amelia Earhart have identified a spot where the pioneering aviator may have died 80 years ago.

The dogs — four border collies named Marcy, Piper, Kayle, and Berkeley — arrived on the island on June 30 as part of an expedition sponsored by The International Group for Historic Aircraft Recovery (TIGHAR) and the National Geographic Society.

TIGHAR researchers had previously visited the island and narrowed their search to a clearing they call the Seven Site because of its shape. In 1940, a British official visited the site and reported finding human bones beneath a ren, or tournefortia, tree.

Amazingly, at least to me, this group has funding for this search. 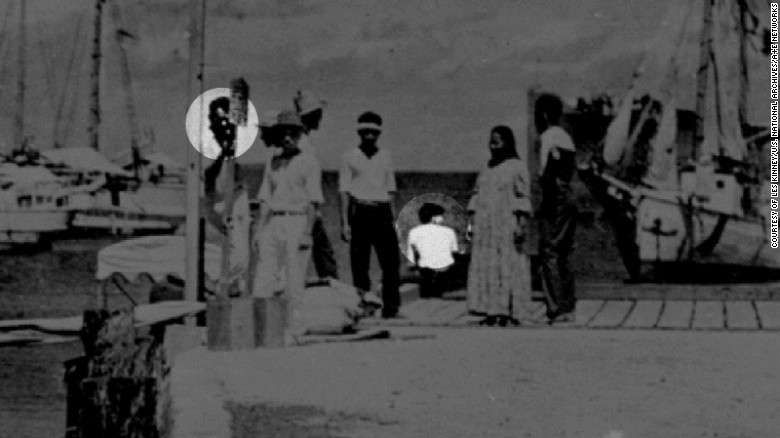 If nothing else, and I expect nothing else, the History Channel special will be filled with speculation, unanswered questions, and Geico commercials.

I think the truth, which we’ll never know unless someone invents time travel, is that Earhart and Noonan got lost, ran out of fuel, and crashed or ditched in the Pacific somewhere not terribly far from Howland Island. They were not found because it’s difficult enough to find people lost in the ocean in the 21st Century and was next to impossible in 1937.

I’d expect that OldNFO is pretty familiar with this area of the world and maybe he’ll comment. That’s if he isn’t laughing too hard.

Finally, here is an interesting article that recaps some of the theories of the disappearance,

The United States was at war in 1942, and Earhart’s flight brought her right over enemy territory. It only made sense, then, that the U.S. government should use her as a Trojan Horse to spy on the Japanese, conspiracy theorists say. They allege that Earhart was instructed to ditch her plane at the Marshall Islands, just off the Japanese coast, so that the Navy could come to her rescue, gain access to Japanese waters, and conduct reconnaissance. The U.S. eventually invaded and occupied the islands in 1944.

Except, the flight took place in 1937, not 1942. In 1942 no one would attempt to fly around the world for a number of reasons. Number 1 being the risk of getting shot down over any number of areas. Number 2 being that it would be impossible for a civilian to get the gas needed for such a flight.

If anyone bothers to watch this so called documentary on the so called History Channel, let me know how it is. I’ve got better things to do, thanks.